Nut butters have increased in popularity in the last few years because of their delicious taste, healthy fat content, and versatility in recipes. 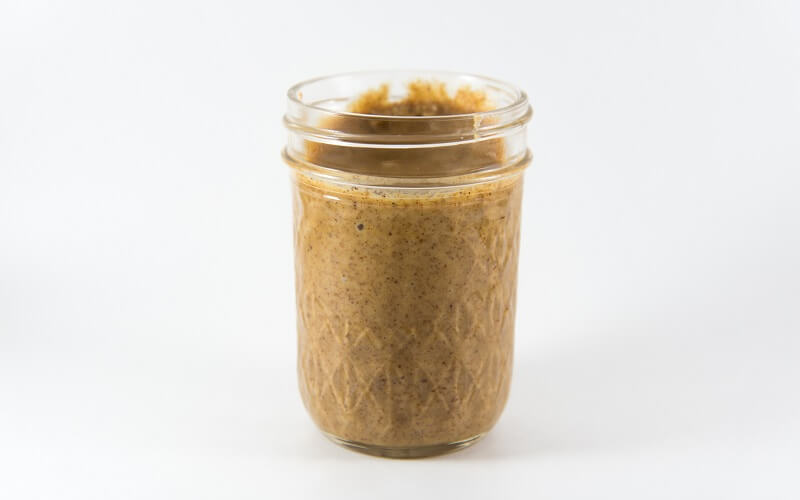 While peanut butter remains a long-standing favorite, other nut butters such as almond butter, cashew butter, and sunflower seed butter are also flavorful sources of good fats and protein. This is especially true for those with peanut allergies.

If you’re one of the many pet owners who enjoy almond butter, you may wonder if it’s safe to share a bit of this healthy spread with your pup. After all, other foods that are healthy for humans, such as onions, can be highly toxic to pets.

So, can dogs eat almond butter? The short answer is yes, but only in small quantities, and you must be very careful to check for certain ingredients before feeding it to them.

In this post, we will cover everything you need to know about this common question.

Which Almond Butter is Safe for Dogs to Eat?

When purchasing almond butter, read the food label to check for certain ingredients. If the almond butter contains xylitol, don’t feed it to your dog, not even in small amounts!

Xylitol is an artificial sweetener that’s highly toxic to dogs, and it’s a common additive in many foods, including nut butters, so be very meticulous about checking for this harmful ingredient.

In general, it’s best for your dog (and you) to avoid any nut butters with artificial ingredients and additives.

How Much Almond Butter Can I Give My Dog, and How Often?

Like humans, canines can benefit from the protein and healthy fats in almond butter.

But even though some almond butters may be safe for your dog, that doesn’t mean he should have a lot of it. Almond butter should be considered a treat, which means you should only give it in small quantities as a reward.

Is Almond Butter Better Than Peanut Butter for Dogs?

Almond butter and peanut butter are very similar nutritionally, and they’re pretty close to equal in terms of health benefits and safety for your dog.

Almond butter may be slightly higher in vitamin and mineral content, while peanut butter narrowly beats almond butter for protein.

As long as the ingredients are clean (and don’t contain xylitol), both almond butter and peanut butter are equally healthy and safe for your pup.

The reason many humans consume almond butter instead of peanut butter is because they have a peanut allergy. While peanut allergies are common amongst humans, they’re not nearly as prevalent in dogs.

Although it’s uncommon, dogs can still be allergic to peanuts. When feeding your dog peanut butter for the first time, give him only a very small amount.

If you notice any swelling, scratching, whining, wheezing, or other signs of discomfort, call or take him to the vet immediately.

Yes! Just like almond and peanut butter, your dog can enjoy small amounts of cashew butter as an occasional treat. But again, check the ingredients like you would for other nut butters.

Keep in mind that this doesn’t mean that all nut butters are safe for dogs. Walnuts, pistachios, and macadamia nuts are all unsafe for your pup.

Macadamia nuts even have a chemical in them that can cause brain damage in dogs. If you want to treat your good boy to nut butter now and then, stick to peanut, almond, and cashew butters.

How to Make Almond Butter Dog Treats at Home?

One of the great things about nut butters is their versatility in recipes. While there aren’t many companies that make healthy almond butter treats for dogs, you can easily make your own at home.

If you really want to go the extra mile, you can even make your own almond butter.

To make your own almond butter, simply take three cups of raw almonds, spread them across a baking sheet, and roast them in the oven at 350 degrees Fahrenheit for about 10-15 minutes.

Let the almonds cool (it’s best if they’re still a bit warm though), and transfer to a blender or food processor.

Blend until smooth and creamy – be patient, this could take a while, and you’ll probably have to stop the food processor and scrape the sides occasionally to blend in all the almonds.

If you’d like, you can blend in a pinch of cinnamon and/or a spoonful or two of pure honey (both of which are safe for dogs). And voila, you’ve made your very own homemade almond butter!

To make almond butter dog treats, combine one cup of almond butter, one egg, two cups of flour, one tablespoon of baking powder, and ¾ cup of milk in a mixing bowl until a stiff dough is formed.

Roll out the dough and use cookie cutters to form cookies, then transfer the shapes to a baking sheet lined with parchment paper or coated in cooking spray.

Bake them in the oven set at 350 degrees Fahrenheit for about 20 minutes. Then, remove from oven and allow to cool before serving to your dog.

You can store these in an airtight container and/or in the refrigerator. Plus, they make a cute and thoughtful gift for other dog lovers! 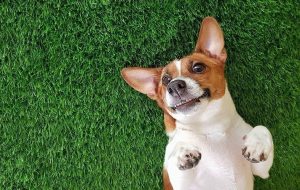 Cleaning a pet’s teeth can be a hassle. Yet, your dog’s oral health is a serious matter that shouldn’t be… 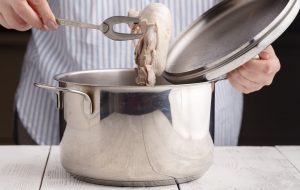 As pet owners, one of our biggest and most important responsibilities is to ensure that we are providing our pets… 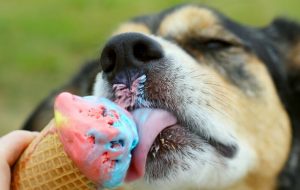 Who doesn’t love ice cream on a hot summer day, or any day really? Since ice cream is such a… 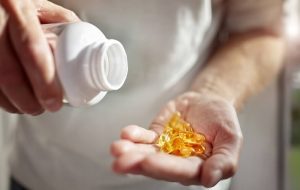 We all want to keep our dogs as happy and healthy as possible, right? Some dog owners are proactive about…

Supplements
PuppyTip is a participant in the Amazon Services LLC Associates Program, an affiliate advertising program designed to provide a means for sites to earn advertising fees by advertising and linking to Amazon. As Amazon Associates, we earn from qualifying purchases. We also participate in other affiliate programs, such as Chewy, Walmart, and others, which help to support our work.