Why Does My Dog Sit on Me?

Doesn’t matter if they end up on our lap, at our feet, or on our head or chest – dogs like to be close to us for many reasons. 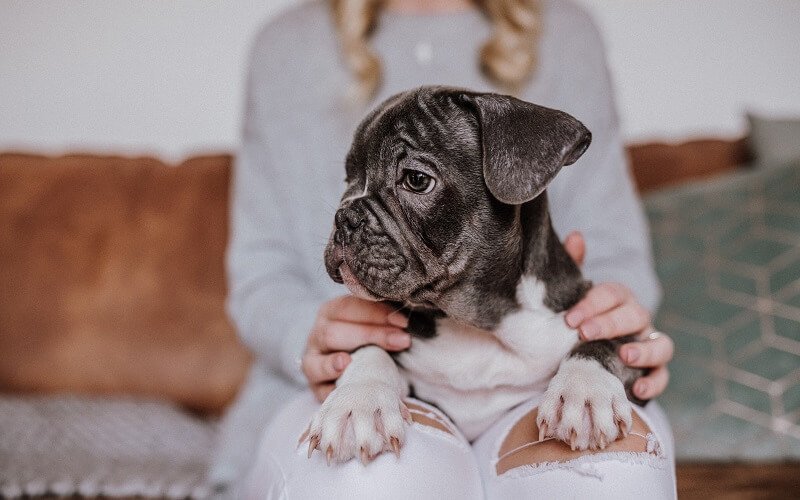 Even if there’s a perfectly comfortable empty spot on the couch or a cozy dog bed just for them, these furry creatures will often opt to sit right on top of their owners instead.

While most of us love this behavior, as snuggling together is one of the huge benefits of being a pet owner, if your pup is too big or rowdy, or seems to be acting too clingy, you might want to train him not to sit on you.

In this post, I’ll explain why your dog is sitting on you, and when it’s cause for concern.

6 Reasons Why Your Dog Likes to Sit on You

Your dog will come sit on you, perhaps bringing a toy or showing his belly, when he wants some playtime and attention.

Dogs are social animals and need displays of love from their owners. Obviously, they aren’t human and can’t verbally ask for affection, so this is their way of requesting it.

As long as your pup isn’t being too aggressive (like snapping at you or barking loudly), this is perfectly normal.

However, if he’s doing this frequently or whining, it may mean you need to spend more time with your pooch, giving him some belly rubs or playing tug-of-war. This will make him happy, and you’ll probably enjoy it too.

It makes perfect sense for smaller dog breeds to want to sit on you. Breeds like the Shih Tzu, Chihuahua, or Maltese are called “lap dogs” for a reason, they fit right in your lap!

This is a warm, smelly, and snuggly spot for them to feel safe and loved. It also gives them added height, which can make them feel more secure as well, especially if other dogs or small children are around and they feel threatened or insecure.

Sometimes larger dog breeds seem to think they’re tiny lap dogs, though. Great Danes and English Mastiffs, for example, are known to try to sit in their owners’ laps, despite their large size.

These breeds are known as gentle giants, and are only trying to show affection the same way a much smaller dog would.

If it doesn’t bother you, let your dog sit in your lap. If he’s too big or you just don’t want your dog sitting on you, train him to be okay with sitting nearby.

Dogs like to sit on you to spread their scent, which is a way of marking their territory and showing their ownership of you. This doesn’t mean your dog is trying to dominate you so much as warning others that you’re taken!

Considering the other ways dogs like to mark their territory, like urinating, sitting on you is a relatively harmless way.

Dogs may increase this behavior if there are other pets or children around, or if you’ve just returned from somewhere with the scent of other animals on you.

Your dog likes to know your whereabouts for his own security, as you’re his main source of food and love, and he will sit on you so he can know any time you make a move.

This is mostly for his benefit, since it allows him to know when you leave the house or preparing food (whether or not it’s meant for him).

That said, some dogs wants to be aware of your movements for your sake as well, as they think it’s their job to protect you, and feel like you’re both safest when you’re together.

Have you ever laid down for bed or settled in on the couch to watch TV and wished your dog was there to snuggle with you?

Sometimes dogs sit on you because they just want the simple joy of your presence. For most canines, physical contact is key to keeping them happy and emotionally satisfied.

So whenever you or your pup needs an emotional boost, grab some popcorn and your favorite movie, maybe a little treat or bone for your good boy, and snuggle up together! You’ll both feel better, and it will even strengthen your bond.

One of the only times sitting on you is cause for concern and your dog must be trained out of this behavior is when he’s doing it as a display of dominance over you or others.

If he sits on you and starts to show aggressive behavior, such as growling at you or at other people or animals that try to approach, this is dominant behavior and it’s not cute.

Lift your dog off you or put him in time out if he’s acting this way. While it’s normal and acceptable for him to want to sit on your lap when other pets are around, he shouldn’t be aggressive about it. Don’t encourage or reward any rude barking or snarling.

Ultimately, there are many reasons why your dog likes to sit on you, most of which are understandable and shouldn’t worry you, as most owners love this display of affection and attention from their dogs.

If you’re not one of them, you should train your dog to sit near you instead of on you, but remember that physical contact is important to your dog’s happiness and mental well-being.

Also, if you don’t like snuggling, but still want a pet, perhaps you ought to consider a goldfish?

Li-ran believes that dogs can teach us more than we could ever teach them. He is passionate about holistic pet care, natural alternatives, and cooking homemade meals for his dog, Richie. 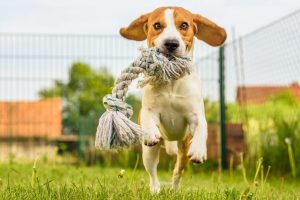 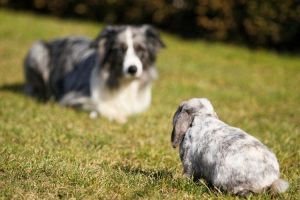 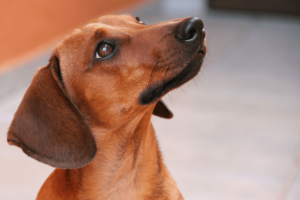