Can Dogs Use Litter Boxes?

One of the most important responsibilities of owning a dog is taking him outside several times a day to go to the bathroom. For many, this is a perk of pet ownership, since it makes you get outside, stretch your legs, and breathe some fresh air. 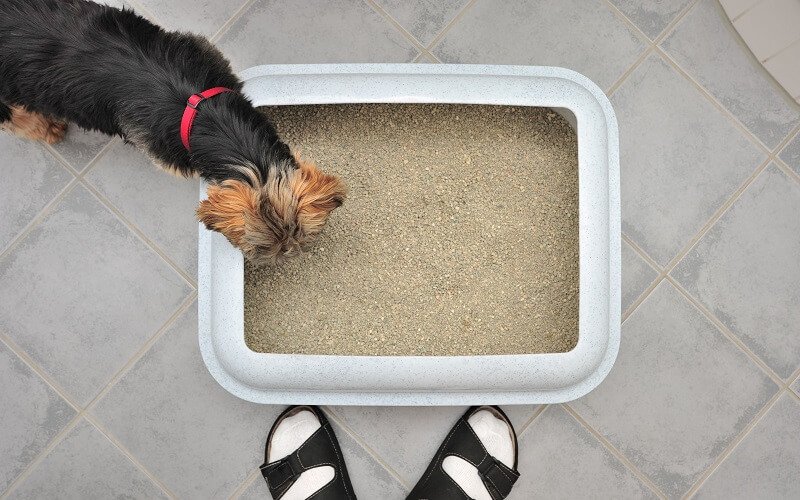 Yet, there are times when this is inconvenient or impossible.

Hopefully, most of you already know that pee pads are a great solution to prevent your dog from making messes in your home. But can dogs use litter boxes instead? Or is it only for cats?

In this post, we’ll determinate whether or not a litter box is a good idea for your pooch.

Should You Use Litter Boxes for Dogs?

Some people assume that pet owners who litter box train their dogs are just lazy, but there are plenty of good reasons.

For example, dogs (or owners) with limited mobility may have a hard time getting outside and would prefer a simpler solution. Also, inclement weather can make it hard to go outside, and it’s a good backup plan in case you have to work late.

It’s important to note that litter boxes should never be used as a permanent alternative to walks. Even if Fido uses the bathroom indoors, he still needs to walk, run, and play outdoors.

In theory, you could litter box train any dog. That said, litter boxes are best used on small breed dogs.

Larger dogs are less likely to feel comfortable using them, and you’ll have a much more difficult time finding and keeping up with the necessary supplies for a large dog’s litter box.

For smaller-sized dogs, however, it’s a much more practical solution. These include:

Another factor to take into consideration is if your furry friend is aggressive or simply a digger. This will likely end up with an even bigger mess than the one you’re already worried about cleaning up.

What About Other Pets?

If you have both a cat and a dog, you might think they could share a litter box. Nope. Cats need their own litter boxes and prefer not to share even with other felines.

And it’s not just a matter of considering the cat’s feelings — if your kitten is unhappy with the state of her litter box, she’ll refuse to use it and do her business around the house. So, make sure that each animal has a private litter box, preferably in a separate room.

Keep in mind that if you have two small dogs, they might be okay with sharing.

But at least for initial training purposes, you should definitely start with two separate boxes for each pup, and it’s probably best to continue that way to avoid a fight over territory.

What Type of Litter Is Best for Dogs?

You may assume that setting up a litter box for a dog is the exact same as setting up a box for a cat, but the truth is, there are a few differences.

You shouldn’t just go to the pet store and buy a cat litter box and cat litter. Fortunately, training dogs to use litter boxes has become more common, so there are plenty of dog litter options on the market.

To start with, make sure your dog’s litter box is large enough for him to turn around comfortably in.

Because canines are used to doing their business out in the open, avoid any litter box with a top or enclosed litter boxes with a flap, like some cat litter box styles.

Plus, be aware that most cat litter is made of clay. Although it will probably work in a pinch, it’s better to use paper pellets or mulch for dogs.

If you like to make training much easier, there are even litter boxes with real grass in them!

How to Litter Box Train Your Dog?

Here are 5 simple steps to litter box train your dog: 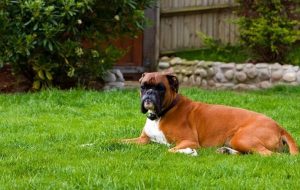 No matter how trained and disciplined your dog is, there’s always a risk that he will hear or see something… 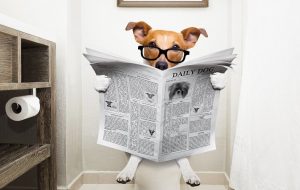 Whether you just adopted an untrained shelter or rescue dog or recently moved to a new place, house training can… 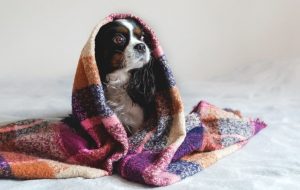 Have you ever heard of Astraphobia? Apparently, dogs can be afraid of thunderstorms, too, and it’s probably more common than… 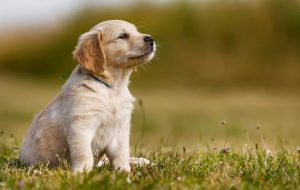 The more trained your dog is, the more you’ll be able to enjoy her. Think about it… If she’s poorly…

Training
PuppyTip is a participant in the Amazon Services LLC Associates Program, an affiliate advertising program designed to provide a means for sites to earn advertising fees by advertising and linking to Amazon. As Amazon Associates, we earn from qualifying purchases. We also participate in other affiliate programs, such as Chewy, Walmart, and others, which help to support our work.