Is It Weird That My Dog Sleeps With Eyes Open?

Many people love sleeping next to their dogs, and if not, you have still probably observed your pup snoozing at some point. But if you’ve never seen your dog sleeps with eyes open before, it can be disconcerting. Is it something pet owners need to be worried about? Let’s look at what’s normal and what’s not. 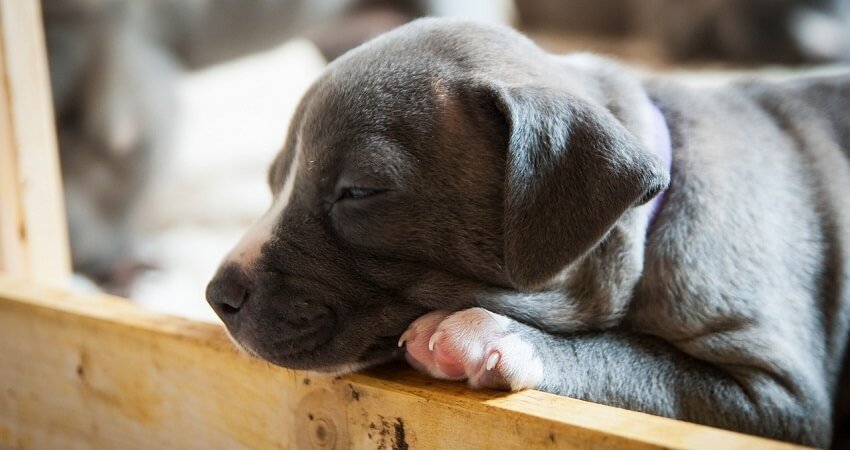 Why your dog sleeps with eyes open

Does sleeping with eyes open means something is wrong with your dog or that they feel unsafe?

Here’s what you need to know.

Good vision is just as important to dogs as it’s to humans, and for dogs in the wild, it often means better chances of survival.

Humans have eyelashes, eyelids, and a blinking reflex to shield our eyeballs from dirt and debris, keep our eyes hydrated and protect our vision. Dogs have even more layers of protection for their eyes, actually, they have three sets of eyelids.

Often when you see your dog sleeping with their eyes open what you’re really seeing is their nictitating membrane. This is nothing to be concerned about unless it doesn’t return to the corner of the eye upon waking, which could be a sign of nerve damage or eye injury.

Have you ever noticed your dog twitch, growl, or bark in their sleep?

It’s the cutest thing ever and makes you wonder what they’re dreaming about. Are they chasing rabbits? Lusting after a cold cut? Thinking of you? Dogs do in fact have dreams just like humans.

Dreams occur in the deepest stage of sleep, when dogs would be the most vulnerable to predators in the wild. Your dog’s eyes may remain partially open while they’re in the dream stage of sleep because it helps keep them aware of their surroundings and protects them from predators.

Not all dogs do this though, as it’s no longer an evolutionary necessity for domesticated pets. Whether your dog sleeps with eyes partially open or not during the dream stage, you have nothing to worry about because either way is perfectly normal.

One reason why your dog may be sleeping with their eyes open that’s cause for concern is a seizure. It’s normal for dogs to twitch and make noises when they’re dreaming, but it could also be symptomatic of a seizure.

The difference is that during a seizure your dog may snap their jaw or chatter their teeth, make noises of distress, or open their eyes completely but still not look like they’re awake.

If your dog is exhibiting any of these symptoms, say their name quietly but loud enough to wake them up. If it’s not a seizure most dogs will awaken briefly and then drift back off to sleep. If it’s a seizure your dog won’t be able to stop convulsing or won’t respond at all.

But don’t be alarmed every time your dog makes noises and movements during sleep. It’s much more likely that your good boy is simply dreaming about running a squirrel up a tree rather than having a seizure.

What to do when your dog has a seizure

As scary as it may seem, a seizure is considered a medical emergency when it lasts for more than 5 minutes (most pass in a matter of seconds or a couple minutes) or if your dog has more than one seizure in a 24-hour period. In either case, you should contact or take your dog in to the vet immediately.

After any seizure, even a non-threatening one, you still may want to contact your vet’s office to try to determine the cause of the seizure and prevent future ones.

Seizures can be caused by anything from low blood sugar to tumors or nerve damage, so prevention could be as simple as changing the timing of meals or starting a medication.

Whether it’s caused by biological or evolutionary reasons, it’s almost always perfectly normal for dogs to sleep with their eyes open, with one exception. If your dog’s eyes are open and they display other signs of a seizure such as chomping their jaws, it’s important to contact your vet immediately.

Now go cuddle up with your adorable open-eyed snuggle buddy! 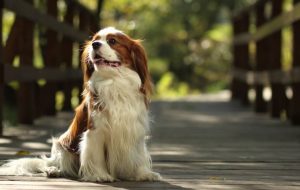 Got your eye on a Spaniel puppy, but worried about how much hair they’ll shed? Unfortunately, the short answer to… 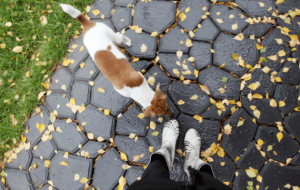 When you care for a precious pooch, you aren’t entirely able to bask in the comforts of a nice rain…. 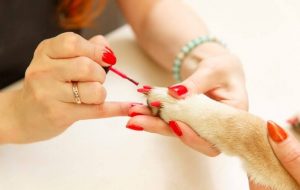 Dogs have a personality all their own, and as their human companions, what can be more fun than to help… 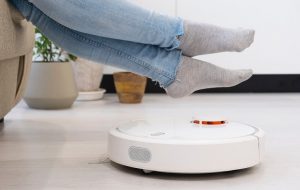 If you’re a dog owner who struggles with the daily battle of cleaning up pet hair, then you definitely need…

Grooming
PuppyTip is a participant in the Amazon Services LLC Associates Program, an affiliate advertising program designed to provide a means for sites to earn advertising fees by advertising and linking to Amazon. As Amazon Associates, we earn from qualifying purchases. We also participate in other affiliate programs, such as Chewy, Walmart, and others, which help to support our work.