Why Do Dogs Sneeze When They Play?

Humans have many ways of showing enthusiasm, but sneezing isn’t typically one of them. But it seems like man’s best friend sneezes a LOT. They can’t be constantly sick or having allergy attacks, right? So what are some of the reasons why dogs sneeze? And more specifically, why do dogs sneeze when they play? 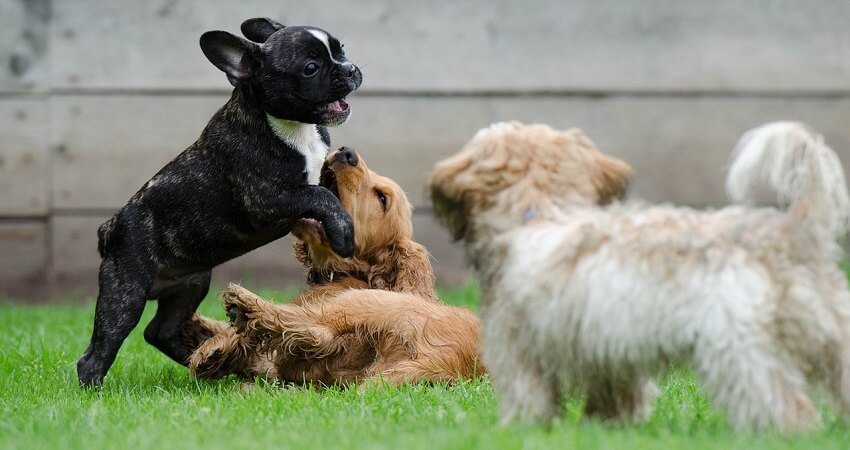 Common causes of sneezing in dogs

The good news is, most of the time dog sneezing is harmless and not symptomatic of any serious problem. Just like us, the number one reason why dogs sneeze is because of a tickling, obstruction, or irritation inside the nose.

Humans aren’t the only ones to struggle with seasonal allergies.

Your dog may be enjoying the beautiful spring weather, but all that pollen in the air and the grass, especially with smaller dogs who are lower to the ground, makes them susceptible to sneezing.

Our pups have a much stronger sense of smell than we do, and they use their noses to get information. Constantly sniffing everything means they’re more likely to inhale an irritant or a scent that needs to be flushed out through a sneeze.

If we walked around sniffing every patch of grass, tree, or fire hydrant we passed, we would probably sneeze a lot more, too.

As adorable as these flat faces are, they can cause your dog to be more susceptible to nose and throat problems, including sneezing more.

Why do dogs sneeze when they play?

Have you ever noticed how dogs sneeze, wheeze, honk and snort when they feel playful or happy? Here’s what’s going on.

So, whenever your pup is snarling at another dog or the mailman, whether he means it playfully or otherwise, they might follow it up with a sneeze.

Obviously, dogs don’t speak the same language as we do (although it would be pretty cool if they did), but they still have ways of communicating.

Sneezing can serve as a sort of calming signal a dog uses to pacify other dogs or to show that he needs a break. For example, if a large dog is acting too rowdy or aggressive while meeting a smaller dog, the smaller dog might sneeze to signal the large dog to calm down.

“Play sneezing” can also be a sign of excitement and playfulness, as it communicates that a dog is having fun and would like to continue playing.

When should your dog be checked?

Check against this list to see if any of the reasons below could be causing your dog’s sniffles. If you’re still worried about excessive, unusual, or prolonged sneezing fits, it’s always best to talk to your vet.

Yes, dogs get coughs and colds, especially the infamous kennel cough. Kennel cough causes dogs to make all sorts of strange noises, including sneezes or “reverse sneezing”, which sounds like a honking, hacking, or gasping noise.

If you adopt a dog from a rescue shelter or anywhere they have been contained in a space with lots of other dogs, their sneezing and wheezing may be symptoms of kennel cough. Don’t worry, it’s likely just a little case of kennel cough that will clear up on its own once they have some time away from other sick dogs.

If your dog is acting lethargic or the excessive sneezing noises don’t stop after a few days, you should get your good boy checked out by a vet.

Foxtails, grass seeds, and thorns are all common culprits of sneezing in dogs. These irritants can get lodged deep inside the sinus cavity or throat, causing your dog to sneeze and cough.

If your dog is sneezing after having been in a field or brushy area, there’s a good chance that they have inhaled some of the plants growing there. In this case, you should get your dog to a veterinarian soon.

You know the feeling when you have a really bad cold or sinus infection and all that pressure in your face makes your teeth hurt?

Your dog’s sinuses can also be connected to their dental health. Certain dog teeth are very close to their nasal passages, so if any of these teeth are infected it can cause your dog to sneeze more than normal. You might also notice a foul odor or extra bad breath if your dog has an infected tooth.

If you suspect that dental issues are the cause of your dog’s sneezing, ask your vet to examine their teeth and gums.

Be sure to get your dog’s teeth cleaned regularly to avoid infections (about once a year for most dogs, but this varies depending on home dental care, dog breed, and other factors).

Of course, your dog is gorgeous and perfect just the way they are, and we would never suggest otherwise. But if they’re just ever so slightly pleasantly plump and the tiniest bit overweight, the extra weight can cause pressure on their airways and make them sneeze more often.

If your dog’s weight is causing them to sneeze it might be time to switch to diet food, adjust their feeding schedule or portions, or increase their walks and active playtime. Again, discuss this with your vet before making any drastic changes.

This is rare, but a tumor located in just the right spot can make your dog sneeze more. If you have ruled out other causes and are still concerned about your dog’s sneezing, ask your vet to check for tumors.

Whether your dog sneezes because he’s allergic to something, has a sensitive sense of smell, or is just a sneeze-prone dog, sneezing is not something to worry about unless your dog has other symptoms or if you notice that they’re sneezing more than usual.

It’s also not uncommon for dogs to sneeze when they play. Dog communicates in many ways, and sneezing is one of them. Your dog may be trying to tell other dogs to back off, or it may be a sign of excitement.

Have you ever heard of Astraphobia? Apparently, dogs can be afraid of thunderstorms, too, and it’s probably more common than… 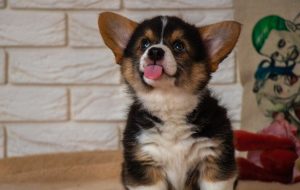 As a dog owner, you’ve probably noticed your pooch sticks his tongue out in a variety of situations. Unlike humans,… 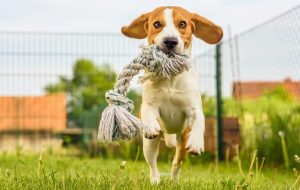 With dogs being the number one pet owned in America, it’s no wonder they’ve become a part of our family…. 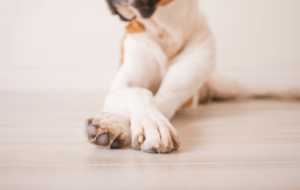 Alright, it’s confession time. How many of you have taken photos of your dog with crossed paws before? Have you…